In his book (1992) Food of the Gods:  The Search for the Original Tree of Knowledge, Terence McKenna asserted “a particular family of active chemical compounds, the indole hallucinogens, played a decisive role in the emergence of our essential humanness, of the human characteristic of self-reflection (p. 32)”.  Since evolutionary theory puts our emergence thousands of years ago, McKenna gives us a list of conditions which must be taken into account if we are to find out which plants helped our ancestors evolve.  He says,

The plant we are seeking must be African, since the evidence is overwhelming that the human type emerged in Africa.  More specifically, the African plant should be native to grassland, as this is where our newly omnivorous ancestors learned to adapt, coordinate their bipedalism, and refine existing methods of signaling.
The plant must require no preparation; it must be active in its natural state.  To suppose otherwise is to strain credulity–mixtures, compounded drugs, extracts, and concentrations all belong to later stages of culture, when human consciousness and the use of language are well established.
The plant must be continuously available to a nomadic population, easily noticed, and plentiful.
The plant must confer immediate and tangible benefits upon individuals who are eating it.  Only in that way would the plant establish and maintain itself as a part of the hominid diet. (pp. 34-35)

Africa has very few hallucinogenic plants, so where could one look for the missing link?  McKenna follows the geographer Carl Saur’s suggestion that grasslands are a humanly created phenomenon.  “All grassland species can be found in the understory of the forests at the edges of the grasslands whereas a very high percentage of the forest species are absent from the grasslands.  Saur concluded that the grasslands are so recent that they must be seen as concomitant with the rise of fire-using human populations. (p. 35)”  And what animals live in the grasslands?  Hooved beasts, which eat the vegetation and can be hunted by hominids.  Mushrooms grow in the manure created by these animals.  What kind of mushrooms are we talking about?

According to McKenna there is only one mushroom species with concentrated amounts of psilocybin and is free of nausea-producing compounds.

That species is Stropharia cubensis, which grows everywhere in tropical regions, “at least wherever cattle of the zebu (Bos indicus) type graze (p.37)”.  Modern botanical thinking on the species’ point of origin is Southeast Asia.  “At an archaeological dig in Thailand at a place called Non Nak Tha, which has been dated to 15,000 B. P., the bones of zebu cattle have been found coincident with human graves. (p.39)”  McKenna believed that the relationship between humans and the mushroom couldn’t be more than a million years old, since that is the era of the nomadic human hunter.  McKenna also believed the relationship between the mushroom and man was the model for all religions.  “After long centuries of slow forgetting, migration, and climatic change, the knowledge of the mystery was finally lost (p.39)”  Before that happened, humans were connected to the feminine mind of the planet, 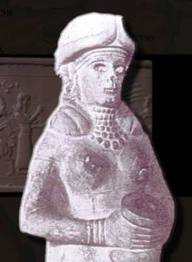 which was expressed in the Paleolithic cult of the Great Horned Goddess, which demonstrates the relationship between the divine substance and cattle, the only source of the mushrooms.

People describe me as a Spiritual Catalyst because their spiritual evolution speeds up when they share their process with me. Discussing dreams, addictions, sacred medicines, family histories, or personal relationships moves one closer to the core, where the inner child dwells. Once contact with her/him is made, growth resumes.
View all posts by Michael J. Melville →
This entry was posted in Philosophy and Psychology and tagged Terence McKenna. Bookmark the permalink.

1 Response to Africa, Mother of Consciousness